Catania’s main fish market, the largest in Sicily & probably Italy. Tuna arrive unfrozen from the Trapani & Marsala fishing grounds off the western coast of sicily, some with hooks still in their mouths. The tuna hunt is one of the great dramas, blood-tinged and a bit sad, as much else in sicily. The great fish are herded by the fleet into large nets, each opening into a slightly smaller net, until the last: the ‘house of death’. Here they are, to the rhythm of antique songs of Arab origin, and upon the instructions of the rais, a word of Arab origin meaning ‘leader’, speared and slaughtered, with care taken to avoid damage to the precious stomach and midsection. The wine-dark sea turns a foamy red.

6am,just landed tuna are relieved of their heads, guts, roes to be preserved as bottarga. The fish are left mostly whole beyond the midsection, as some customers buy the ‘loin’ intact while others want steaks. The complex stomach area, with its delicious fatty bits, and more difficult sinews near the pectoral and dorsal fins, are carefully sectioned. Thin slices are cut for raw dishes like battuto, and possibly sashimi at Catania’s top restaurants.

Men walking about in wellies, no pools of blood and water yet. That’s to come.

The market is mostly open-air, amidst the arches of a railway line. Fish come in by small lorries, and ice in the ubiquitous Ape 50. Fish are carted around on great hand-trucks. The dealers in large fish, with the biggest stalls (slabs of marble or high-density plastic chopping boards) in the main piazza next to Piazza Duomo. There is a raised area where old men stand, some shouting orders for fish, others joking with the fishermen. The smaller stands, retail as they carry a much broader range of fish, are under the arches. Three coffee stands supply the market, and one has a delivery service. After the tuna and swordfish are decapitated and gutted, the first espresso (that we saw) arrived in little plastic cups.

Unlike Tsukiji there isn’t a defined primary or whole-fish section of the market. But the gent with white hair seemed like a sort of primary dealer, with the biggest, most valuable fish in the market – expertly butchering it into large blocks that get sold over the course of the day. It’s all about theatre as he arranges the swordfish blade and tuna heads in just the right way. 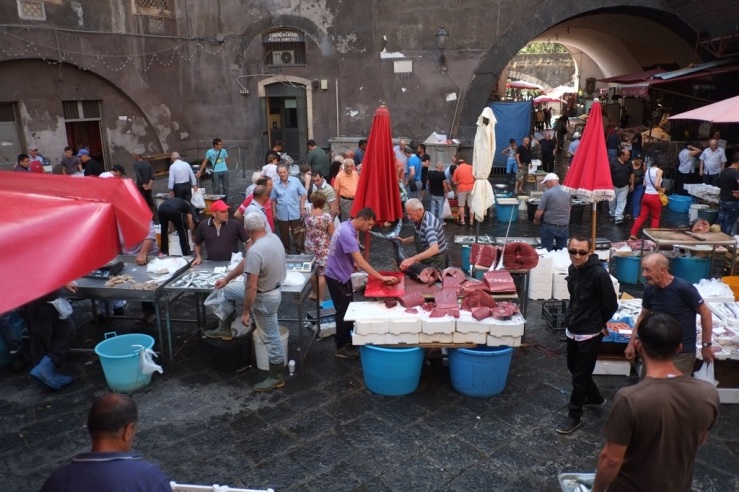 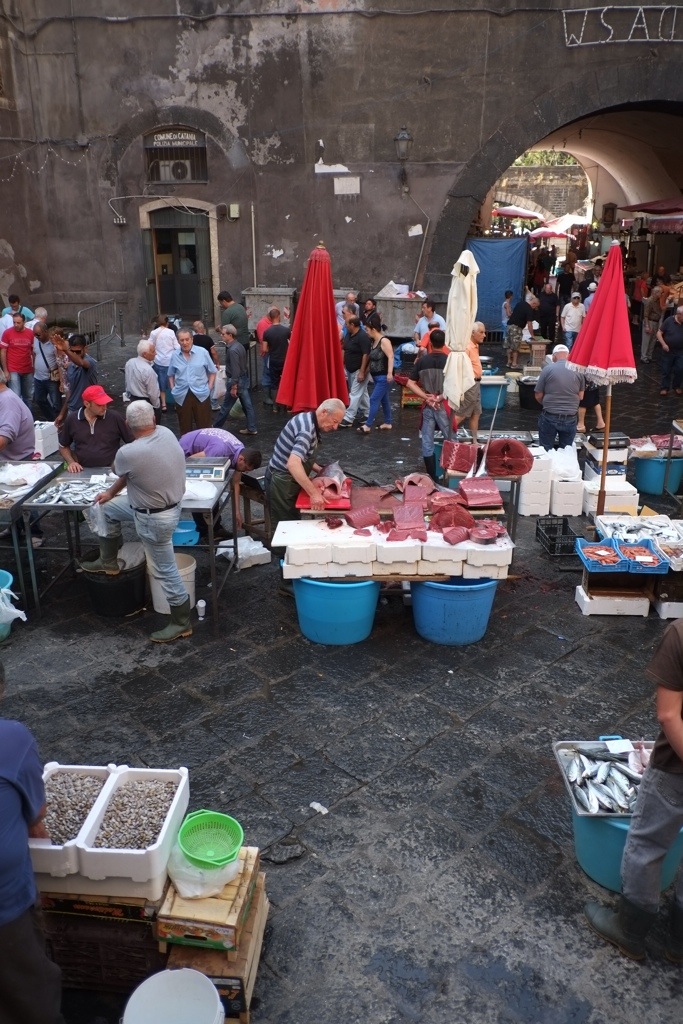 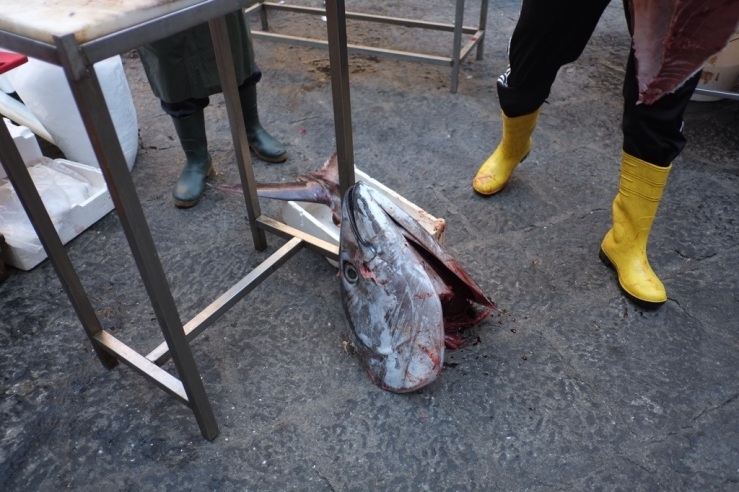 On a different morning, this stall landed a large tuna, which they worked through. One man stuck his hands inside the fish to tear out the gills and innards, draining deep red veinous blood onto the cobbles. 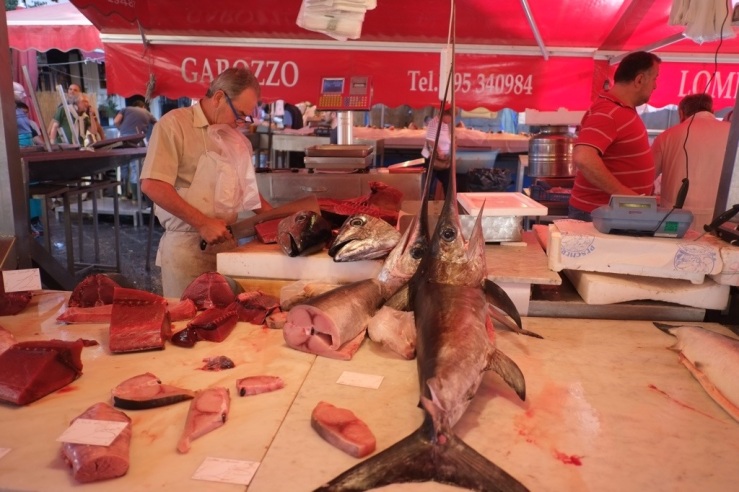 Our catch: 1 kg from just behind the stomach, away from the main fin, so a mix of filet & fatty chu-toro. For €10 about 30% London prices. They also threw in bones & shavings. This tuna was about 8 hours between killing and eating, so probably fresher than at Tsukiji.

Simply cooked in the padella, with a tomato salad, and zucchini.